UX Design Principles: The Cornerstone of Every Successful Mobile App 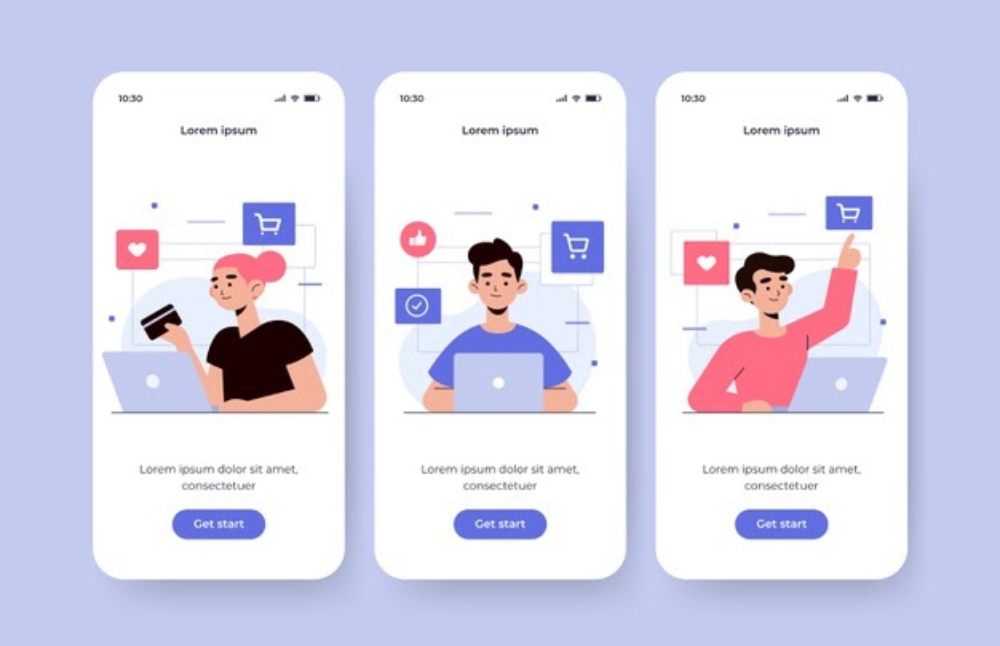 If someone time travels from the past to 2020, he would be awestruck with 180-degree evolution in the mobile UX design process.

They might feel amazed with Voice-based UX or would go overwhelmed with the scope of Artificial Intelligence in the domain. But, there’s one thing that they will find the same.

Any guesses what is it?

It’s nothing but the UX design principles.

Over the years, various functionalities, technologies, and tools have been replaced or at the verge of extinction. But, the basic UX design principles have remained just the same as before.

Now knowing this, if you are someone who is planning to step into the UX domain this year, it is no wonder that getting acquainted with these principles is vital.

8 Principles To Guide You in Mobile App UX Design

Every application comes with a primary goal. The one where they target a particular pain point of end-users and provide a solution for the same.

But, because of the increasing competition, designers often introduce many other features and functionalities into their plan.

However, at times the app designers introduce multiple functionalities into the same app screen. This confuses the end-users, resulting in more clicks on the secondary (less important feature) compared to the primary one.

To combat this situation, the best way is to make a clutter-free interface. Meaning, introduce a limited number of actionable things in a single screen. A clear view of which you can take from the image shared below.

We all love things that give us a personalized and special feel. There’s no denying it. The same psychology applies in the case of UX design too.

When you design a user experience that enables users to perform an action in a quick and effortless manner, they fall in love with your application. On the contrary, if it is cumbersome they exit the platform and share negative feedback.

As you can see in the screenshot of the Netflix app above, it informs and encourages users to continue their app interaction right from where they left. Or better say, continue watching the series they left in between.

You would encounter many mobile apps that straightaway ask for registration, without giving users a chance to explore the application. Does that leave a good impression of the app in the users mind?

Personally, I immediately leave such applications.

Why would any user register in vain before knowing what are the features that the app offers and whether it’s all worth it or not?

This is why it is again imperative for UX designers to follow the principle of keeping the registration process optional.

When you give some time to the new users to explore your mobile app and get familiar with it, they show more interest in your app. This reduces your app uninstallation rate and increases the chances of user conversion.

It’s true that permissions to access user data open a new door to understanding the user and deliver a personalized experience.

In such a scenario, an ideal way to keep a balance of the two is to ask for relevant permissions only.

VSCO, a photo-editing app asks for camera access only, whenever users wish to click a picture. It does not ask permission for accessing contacts, or other built-in device apps. This gives users an assurance that the rest of the information is secure.

Since desktop and mobile apps are essentially different, the goals that need to be fulfilled are also distinct. For example, what a user wants to do in a desktop app/website is not something they would want to do in a mobile app.

So refrain from making it overwhelming for users to use a mobile app with the functionality of a desktop app. They would prefer selective things, i.e., say a user is using a restaurant app- he/she would want to just view the menu, book a reservation, place an order in advance, or just get directions. All the other information is secondary and can be displayed elsewhere, not on the main screen.

In a situation like this, it is again imperative to understand that the human finger size varies from person to person. So, designing for different human finger size is the right practice to bring more opportunities for interactions and increasing the app conversion rate.

Likewise, investing in hand gestures while creating an app UX design is also an optimal method of getting higher results.

As a proverb goes, “Too much of anything is bad”, misuse of push notifications can drift your future from higher conversion rate to higher uninstallation rate.

So, the next principle that every novice and experienced UX designer needs to watch out for is to discover how many push notifications are enough. And this way, prevent frustrating the users while getting their motive fulfilled.

Since you have put so much effort into UX design for the whole process, it is equally important for you to end it on a positive note.

That implies, adding UX elements that impart a positive vibe to the users even when they have performed the requisite action or are deactivating/deleting their account. This will improve the chances of them revisiting your app in the future as well.