Manual vs Automation Testing – What Are The Differences? 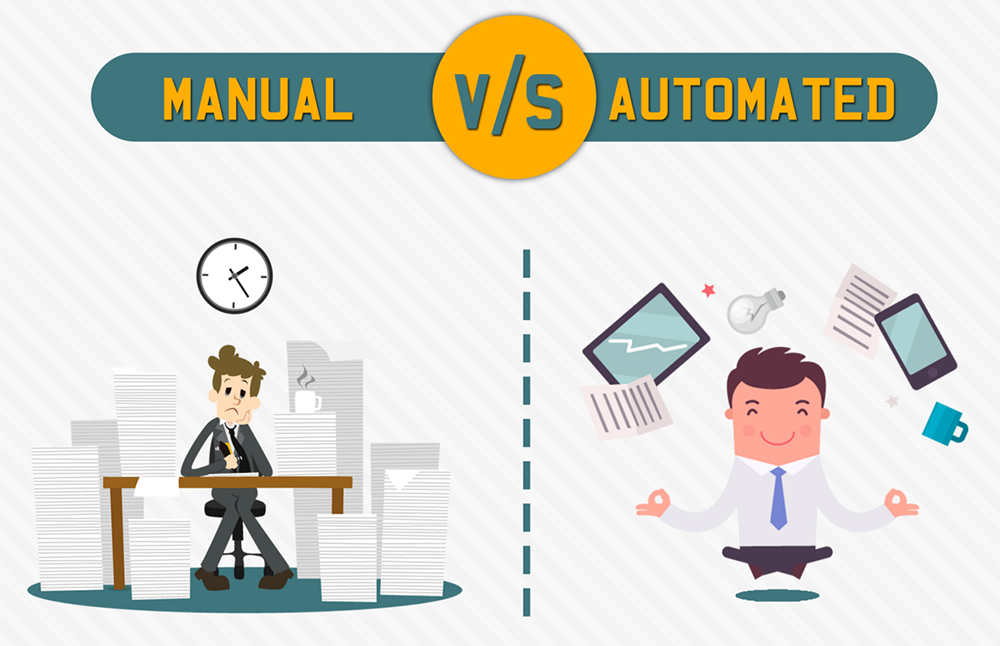 Software testing is a critical part of the software development life cycle. It ensures the code satisfies the functional specifications as defined by the product owner, and helps software teams to ship the finished software with confidence. Ultimately, software testing is essential to delivering a great customer experience. At a high level, there are two ways to test software; manual vs automation testing. Let’s compare both ways.

What is Manual Testing?

With manual testing, a tester prepares test cases, executes the tests, and reports the results to their manager or team lead. This involves a human tester who physically performs tests on a piece of software to determine whether or not the test results are a “pass” or “fail”.

What is Automation Testing?

In automation testing, code scripts written by a human tester are run to verify tests. The tests are not carried out by people but are performed programmatically by using various test automation tools.

Benefits and Disadvantages of Both Methods

One of the main benefits of manual testing is that it doesn’t require any programming skills, but that doesn’t mean anyone can be a manual tester. For manual and automation testing to be successful, specific skills and characteristics are required (more on this later).

There are fewer upfront costs in manual testing, as tooling can be minimal, especially if you’re just getting started. Manual testing allows testers to conduct exploratory testing or random testing, which means they are free to deviate from the test cases as they see fit. The testing process is not limited to just the steps detailed in the test case so that testers can increase their test coverage. Manual testing also allows the tester to adapt quickly to small changes in the user interface or functionality without needing to re-write the test cases.

Manual testing can be time-consuming, as a human performs each test without the support of automated scripts. For example, a single test case could easily take several minutes or maybe even hours to execute. Due to the human component of manual testing, it is also prone to human error. That’s why it’s vital to hire experienced testers who are thorough and quality-driven.

Automation testing is less time-consuming once you’re up and running. After the scripts have been written and the tooling implemented, running tests can be done pretty quickly.  Automation testing tends to be more accurate as there is less room for human error (assuming the test scripts are accurately written).

The main disadvantage of automation testing is that programming skills are needed, which raises the entry barrier and also increases hiring costs. Automation testing also requires spending more time upfront to get the tooling and scripts up and running.

With automation testing, the test is limited and restricted to the scope of the script itself. In other words, there isn’t the scope for exploratory testing or random testing as allowed by manual testing. It also means the script needs updating anytime there are changes (even small changes) to the user interface. Automation testing doesn’t mirror the mind of a human, and humans are very smart and intuitive.

Each testing scenario is different. There is no “one-size-fits-all” approach as every piece of software is different, every team dynamic is different, and business needs vary significantly across the board. That said, there are some general indicators you can use to help you determine when to use manual vs automation testing.

When to use Manual Testing

As mentioned earlier in this article, manual testing is highly valuable when it comes to exploratory testing. That is when a human tester opens up the application under test and begins testing without the guidance of any test cases or scripts.

Conducting a quick smoke test is also a great example of manual testing. Here, the tester selects a small part of the software to test, to verify nothing immediately obvious has broken. Smoke testing can be done ahead of more exhaustive manual testing, or before thorough automation testing begins.

Other scenarios where manual testing is valuable to include testing how an application runs across multiple browsers or operating systems, conducting beta testing on an early release with a group of beta testers, and doing acceptance testing with the client. Learn more about different types of manual testing.

When to use Automation Testing

Automation testing has become increasingly popular due to its time-saving benefits and accuracy. However, it will never fully replace manual testing because manual testing is uniquely beneficial.

Automated testing is excellent for determining how an application can handle a certain amount of load. For example, what happens when 10,000 users attempt to log in to your application at one time? Automation testing will be able to get to the bottom of that faster than manual testing; in fact, it’s likely impossible to simulate a load test like that manually.

Automated testing is commonly used in DevOps teams to verify builds and conduct unit tests. Anytime you have repetitious tests, automation testing is a good choice.

There’s no shortage of tools available to help testers perform both manual and automated testing.

Due to the sheer amount of testing documentation involved in manual testing, having an efficient way to manage, update, and report on those tests is key. There are numerous manual testing tools that you could find useful, but starting with a test case management tool like TestLodge would be a clear place to start.

Software testing isn’t for everyone. Specific skills and characteristics are needed to be a successful tester. In general, a good software tester should have a curious mindset and be interested in technology. Excellent writing skills are also necessary as so much of software testing involves communication.

A manual tester should be a competent writer, a strong communicator, have a sense of curiosity, and be able to think outside the box. The more technical skills, the better, but it’s not necessary to have strong technical chops to be a good manual tester. The best manual testers are thorough and keep an eye on the details.